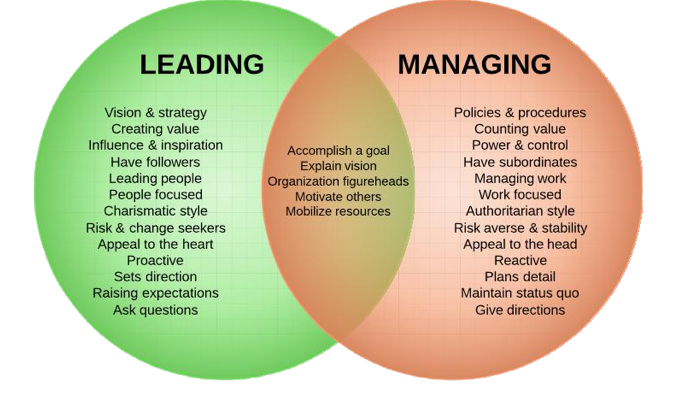 The last five years of business for those coping with the downturn has brought this debate into sharp focus. Organisations that were armed with leaders were significantly better placed to survive and indeed thrive compared with those who had more than their fair share of managers.

The downturn, the new knowledge economy and globalisation have led to a shift from old style organised efficiency where management reigned supreme, to a new world sense of purpose where leadership has come to the fore.

In the words of both Peter Drucker and Warren Bennis ‘Management is doing things right; leadership is doing the right things’. People now look to their managers, not just to assign them a task, but to define for them a purpose. And managers must organize workers, not just to maximize efficiency, but to nurture skills, develop talent and inspire results.

Peter Drucker stated that “with a knowledge worker, “one does not ‘manage’ people, the task is to lead people. And the goal is to make productive the specific strengths and knowledge of every individual.”

Warren Bennis in his book “On becoming a leader” argues that managers and leaders are very different. Despite the book being over 20 years old it is worth reminding ourselves what he suggests the differences are: