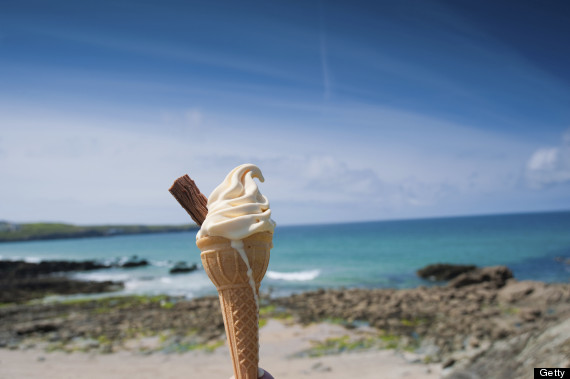 Expenditure in Irish households has seen it’s quickest growth in 2 years as a result of the June heatwave. Visa’s Irish Consumer Spending Index found that in June, consumer spending increased by 5.5% year on year. Spending in June was also almost 4% higher than spending in May. This has been the fastest increase in spending since July 2016 Household goods was the fasted growing sector with a 13% year on year increase. This was also due to the good weather as home improvements stores continued to sell goods such as BBQs and garden furniture which performed well. The Hotels, Restaurants and Bar sector saw an increase of 10% which was a result of families holidaying in Ireland instead of abroad as a result of the heatwave.  [1] This brought greater opportunities for local businesses. Household spending on food and drink reach a high in June, up 7.9% year on year. Sales of Ice Cream soared by 12%, barbeque food sales increased by 10% and sun care sales increased by 8%, when compared to the same time last year. Alcoholic beverages also saw a spike in demand, with cider seeing a massive increase of 14% and beers and lagers increasing by 5%.[2] Tesco experienced a sales growth of 3.7%, increasing it’s market share to 22.4%. Dunnes Stores was behind with a 2.6% sales increase which increased it’s market share by 0.1%. Lidl now has it’s highest market share since October 2017 at 11.7%, whilst Aldi had sales growth of 2.4% increasing it’s market share to 11.4%.[3]The sharp rise in sales during this time can be attributed to the change in weather.   [1] O’Sullivan, Aidan. (2018) Heatwave Drives Consumer Spending To Fastest Growth In Two Years [Online] https://www.checkout.ie/heatwave-drives-consumer-spending-fastest-growth-two-years/62378?mc_cid=93134a4ab6&mc_eid=4fc80395ec [2] Kantar Worldpanel. (2018) Summer sun heats up the grocery market [Online] https://www.kantarworldpanel.com/ie/Press-Releases/Summer-sun-heats-up-the-grocery-market– [3] Kantar Worldpanel. (2018) Summer sun heats up the grocery market [Online] https://www.kantarworldpanel.com/ie/Press-Releases/Summer-sun-heats-up-the-grocery-market–