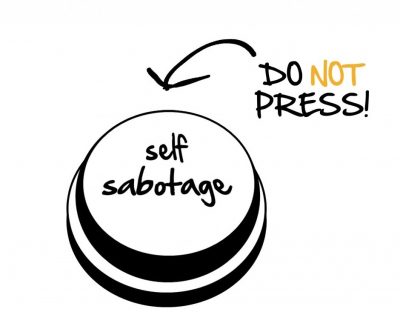 How intelligent people sabotage their success

Were you one of the smartest kids in your class? You have done well in your career, however you are constantly seeing people you outperformed in school achieving more than you, or your colleagues are leapfrogging you. You are now asking yourself ‘what am I doing wrong?’ Does this sound like you or someone you know? Intelligence is obviously a huge asset, but it is not everything, often when intellectually gifted people don’t achieve everything they wanted to, it’s because they are actually undermining themselves. If this sounds like you, the positive is that once you understand these weaknesses you can change them. Alice Boyes, former clinical psychologist outlines five issues she has seen intelligent people struggle with.

They devaluate other skills such as relationship building ­– Intellectually gifted people often think that their success is certain purely because of their intelligence. They don’t see other skills as being important. For example, they may view being personable as a core skill required for the role of a secretary but not for an executive and as a result, they don’t put the time or effort into developing skills which they don’t think are core to their desired role. Most people naturally lean towards wanting to take advantage of their strengths and would rather not focus on areas where they are weaker. In most cases, no matter where you work, you need more than just intelligence to get ahead. Ignoring your weaknesses and only focusing on your strengths tends to be self-sabotaging.

Solution? –  Try to use your strengths to help you overcome your weaknesses. If you are great at learning, you can easily learn the skills that you find don’t come naturally to you. You don’t need to change your personality, you just need to put together a game plan and have a positive attitude.

Teamwork can be hard for very intelligent people – When a person picks up ideas and concepts quickly and has high standards for themselves in relation to performance, problems can arise when working with other people who take longer to grasp concepts and process information. Frustration with teamwork can develop early if in school, a person felt as though they were held back by being in a class with other children who were not as smart. Throughout life, these feelings can be re triggered. When a person develops an emotional sore spot as a child, they often react to it as an adult when similar situations are experienced. Intellectually gifted people also tend to find it difficult to delegate because they feel as though they could do the job better, this is particularly true of people who have a perfectionist streak.

Solution? – Have compassion for yourself in relation to your internal reactions. You need to be able to understand where they come from, and also learn to appreciate what other people can bring to a team.

Intelligent people tend to attach their self-esteem to being smart – This can decrease their resilience and as a result can lead to avoidance. If your self-esteem is based on your intelligence, it can be difficult if you find yourself in a situation that reveal your weaknesses. This could be working with people who are more intelligent or receiving critical feedback. Any situation that triggers a feeling of unintelligence is experienced as highly threatening, and so the intelligent person may try to avoid these situations which will in turn hold this person back.

Solution? –  Think of the benefits you can get as a result of working with people who are smarter than you. If you surround yourself with smart people you are on the right track. Build relationships with people who will give you constructive and helpful feedback. The more you get used to receiving critical feedback from people who believe in you, the easier it will be.

Intelligent people get bored easily – Being curious and being smart are not the same thing. If a person has both of these qualities, they may start getting bored easily. Some success comes about as a result of creativity, but others come as a result of becoming an expert in a niche area. If a person is both smart and curious and also loves to learn, they may lose interest in things once they have figured it out.

Solution? – Try tolerating some boredom to collect easy wins. Don’t try for a dramatic change, instead work out when tolerating short periods of boredom could have a positive impact on your overall success, for example, spending a couple of hours a week on an activity that is boring but lucrative.

Intelligent people often view reflection as the answer to every problem – Smart people are used to succeeding as a result of their thinking skills, however they can often overlook when a different approach may be more productive.

Solution? – Be aware of when something is becoming an unhealthy obsession. Take into consideration when a strategy other than thinking are more likely to be successful. Expand the range of skills you have for reaching insights so that you aren’t the person who views every problem the same because you only have one tool to deal with it.

Smart people often communicate poorly – For any person to be successful they need to know how to communicate effectively, confidently, clearly and compassionately. Many intelligent people close doors on great opportunities because they do not understand the basics about communicating. You will not achieve success if you come across as narcissistic or as though you feel you are superior and remaining unaware of the needs of those around you.

Solution? – Become aware of your communication style and it’s effectiveness. Do you compose your messages carefully and assess how others might receive them? Or do you just say what you think without thinking about the repercussions?

By being more self-aware you can work on your perceived weaknesses which will help you be more productive and effective, as well as more confident. It is not always easy to work out where to start or you could also be oblivious to things which other people see very clearly. If this sounds like you it could be a good idea to speak with a coach who can set you on the right path. For more information on our coaching services click here or email info@rfc.ie

Caprino, K. (2014) The Most Common (And Harmful) Ways People Sabotage Their Own Success [Online] https://www.forbes.com/sites/kathycaprino/2014/04/02/the-most-common-and-harmful-ways-people-sabotage-their-own-success/#6b4fddfd6f3c

Find the Solution That's Right For You